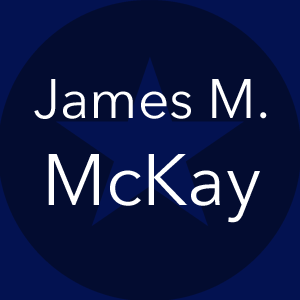 James M. McKay is a partner at New Troy Strategies.

A graduate of the George Washington University, Mr. McKay began his political career as the field director for Steve Merrill’s successful run for governor of New Hampshire in 1992. Following the campaign, he joined Governor Merrill’s staff as Liaison to the Executive Council, where he was responsible for overseeing all of the Governor’s appointments to state government and approval of state contracts.

The following year he became the Executive Director of the New Hampshire Republican State Committee, at the age of 23. During his tenure, the committee tripled the size of its donor base and strengthened the “grassroots” organization, helping to make 1994 one of the most successful election cycles for New Hampshire Republicans in years.

Since then Mr. McKay has worked on dozens of presidential, U.S. Senate, gubernatorial and congressional campaigns. In addition, he has consulted with numerous issue advocacy and grassroots organizations including: Americans for Job Security, American Trucking Association, The Center for Energy and Economic Development and The American Renewal Project.

Most recently, Mr. McKay served as General Consultant to Gregg Abbott’s successful campaign for Governor in Texas. In this role, he designed and oversaw the largest field operation in Texas history. This program combined cutting edge data management and modeling techniques with proven personal contact methods to identify and turn out nearly 2 million pro-Abbott voters, including record numbers of women and Hispanics for a Republican candidate. 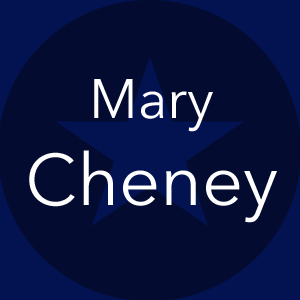 Mary Cheney currently serves as the managing partner at New Troy Strategies, a political and grassroots consulting firm located in Alexandria, VA. As managing partner, Ms. Cheney oversees all aspects of the firm’s business operations. In addition, she handles a variety of client programs, focusing primarily on energy, telecom and non-profit organizations. A veteran corporate and political advisor, Ms. Cheney has over 25 years of political and corporate experience.

Prior to joining New Troy Strategies, Mary was the managing partner at BKM Strategies, a consulting firm that specialized in building and managing highly impactful and effective political, issue, and grassroots campaigns.

Ms. Cheney has also been a highly-valued member of Navigators Global, where she led the firm’s strategic communications team. During her time at Navigators, she oversaw successful communications campaigns for clients regarding telecommunications, energy, and financial services issues. She also played a key role in the firm’s international expansion.

Aside from being a consultant, Ms. Cheney has also served at senior levels in corporate America. She was the chief of staff to AOL’s vice chairman where she directed various projects, including developing communications plans for members of senior management, developing marketing plans for various AOL portals, and working with AOL’s privacy taskforce to investigate the release of client search records. Her work with the taskforce led her to become the Vice President of Standards and Practices, where she directed the team responsible for managing issues, such as Internet privacy, child safety and the use of behavioral targeting in advertising.

From 1994–2000, Ms. Cheney was at Coors Brewing Company, where she held several managerial, communications and public relations positions. While at Coors, she developed and implemented a plan to effectively end a 20-year boycott of Coors products by the gay and lesbian community. She was also responsible for the development of creative, long-term strategies for managing environmental and alcohol-related policy and public relations issues.

Ms. Cheney received her Bachelor of Arts in History from Colorado College and a Master in Business Administration from the Daniels Business School at the University of Denver. She currently serves on the Advisory Board for Georgetown University’s Institute of Politics and Public Policy.

Prior to coming to New Troy Strategies, David worked at Norway Hill Associates (NHA), a political campaign and issue management firm based in Hancock, New Hampshire. NHA provides long-range strategic planning and short-term project management to political campaigns at all levels of government.

Since 1980, Mr. Carney has been involved in Republican politics, as well as both state and federal government. His experience gives him a unique understanding of the relationship between political strategy and public policy.

During the past decade, Mr. Carney has helped dozens of statewide and Congressional campaigns, including the campaigns of former Governor Rick Perry (TX), Senator John Barrasso (WY), and Texas’s current Governor, Greg Abbott.

During the 1996 presidential campaign, Mr. Carney served various roles in the Dole for President and Dole/Kemp organization. He served as Senior Adviser traveling with Vice Presidential nominee Jack Kemp. Before that, he was a Senior Adviser to the Dole for President primary campaign. In 1995, Mr. Carney served as a consultant to Majority Leader Bob Dole in an intergovernmental affairs capacity, working with Governors, Members of Congress, other elected officials, and private sector interests.

Prior to his work for Senator Dole, David held the position of Deputy Executive Director of the National Republican Senatorial Committee, where he was responsible for overseeing the committee’s political operations. “He was instrumental in the GOP’s brilliant 1994 senatorial campaign effort, in which the party picked up eight seats.” (Time Magazine 7/31/95)

Before moving to Washington, DC in 1988 to serve in the Bush White House, David spent more than a decade working with Governor John H. Sununu. He began his career in politics as Field Director for Mr. Sununu’s unsuccessful run for the United States Senate in 1980 and then served in the same capacity during Sununu’s successful campaign for Governor two years later. He would go on to serve as co-manager on both Governor Sununu’s successful reelection campaigns. David also served on Governor Sununu’s staff as Special Assistant to the Governor and later Deputy Chief of Staff.

Mr. Carney is a former trustee of his alma mater, New England College in Henniker, NH, where he earned a Master of Science in Public Policy and BS in Business Administration. He is currently a Doctoral candidate in Community Economic Development at Southern New Hampshire University.

David lives in New Hampshire with his wife, Lauren, and their three children.

Activists were distributing false information about the products of a large multi-national corporation. No matter how many fact sheets and press releases the company put out, they couldn’t counter the volume of lies generated by the activists. Eventually, the false information began to cause the company problems with customers and government regulators.

Interest groups regularly flooded open comment periods regarding government rules and regulations. The situation grew so bad, that government officials went so far as to say to company employees, “How come we never hear from folks who like your products?” That’s when the company came to us.

We sprang into action. First, we gathered the zip codes where the company sells most of its products. Next, we looked at demographic and consumer databases to identify people in those communities who were likely to be involved with the industry – even tangentially.

We then conducted a massive, 5,000 person survey of these people in order to build a predictive model which could help us identify likely advocates on behalf of the company. We took that model back to the consumer database and compared it to every American in order to look for matches. During this process, we continually tested and retested our results in order to ensure the best possible outcome.

Today our client has over 4,000,000 friends they can activate to refute misleading claims from activists and to support the company’s position with government regulators. With only a few days’ notice, these supporters can generate hundreds of thousands of letters, comments and phone calls.

To paraphrase Country Singer Garth Brooks, our client now has “Friends in all the right places!” 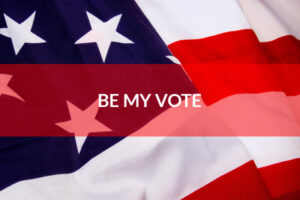