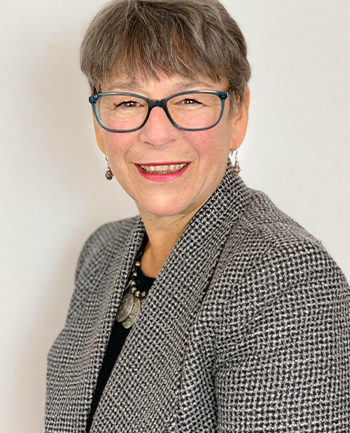 H. Lauren Carney is a veteran corporate and political advisor with 25 years of experience providing proven marketing, public relations, and project management strategies to her clients. Her career has included service as the Special Assistant to the Assistant Secretary of Education, positions on presidential campaigns, organizing and planning for multiple presidential inaugurations, and managing and directing day-to-day operations of large state and national organizations. Ms. Carney is also a successful elected politician in her own right, having served in the New Hampshire House of Representatives. Ms. Carney’s successes are well-known and her advice and assistance are sought by the organizations that know her best.

In 2014 Ms. Carney served as the New Hampshire State Director for the Unlocking Potential Project (UPP), a program aimed at identifying low propensity women voters and persuading them to vote during the midterm election. In this position, Ms. Carney managed the day-to-day operations of the organization’s paid staff and volunteers. The UPP hosted numerous events across the state and Ms. Carney was responsible for the success of those events.

From 1989 to 1993 Ms. Carney served as the Deputy Political Director for the Campaign Operations Division of the Republican National Committee. In this position, Ms. Carney managed all operations of the field directors, who were spread across the country.

During the 1998 Bush for President primary campaign, Ms. Carney was the Campaign Scheduler responsible for coordinating campaign schedule interests with the Vice President’s scheduling office. During the general election, Ms. Carney was a Deputy Regional Political Director in the Midwest/Great Lakes Region (Illinois, Michigan, Ohio, Missouri, Wisconsin, and Indiana.) In this position, she was responsible for developing and managing events for Vice President Bush and Senator Dan Quayle throughout the region. Ms. Carney’s outstanding service helped Vice President Bush win each state in the region.

In 1987, Ms. Carney was the Executive Director of the Young Republican National Federation. In her position, Lauren was responsible for the day-to-day operations of the largest youth political organization in the country. Ms. Carney planned, organized, and managed the association’s biannual convention and leadership conferences, which hosted presidential candidates and had over 700 attendees.

Ms. Carney worked for the Reagan/Bush administration from 1985 to 1987 at the US Department of Education in the Office of Special Education and Rehabilitative Services. She held the position of Special Assistant to the Assistant Secretary.

In addition, Ms. Carney has worked for two Presidential Inaugurals in 1985 and 1989. In 1985, she held a position is the Invitation and Tickets Department working to coordinate the distribution of invitations and tickets. In 1989, Lauren worked in Public Affairs coordinating the development of the invitation lists. Her division also coordinated the inaugural schedules of all Governors attending the Inaugural.

Lauren Carney brings her organizational and communications skills to many local, regional, and state civic and political organizations in which she is associated. Whether it is Fleur de Lis Camp, Hancock Old Home Days, Boy Scouts, NH Republican State Committee, Hancock Ski Club, school, and daycare parent group or the local Pastoral Church Search Committee, Lauren has assisted with chairing, board members, fundraising, public relations, and a host of other “hands-on” programs. Local organizations continually seek Lauren’s advice and assistance.