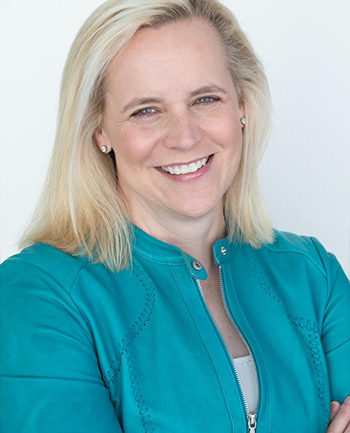 Mary Cheney has over 25 years of strategic communications, political affairs, management and community engagement experience. With a strong issue management and public affairs background, Mary has a proven and successful record of managing large complex projects and campaigns with multi-million dollar budgets. She has directed numerous campaigns at the local, state and national level, and has also served on advisory boards and boards of directors for several non-profit and for-profit organizations.

Ms. Cheney currently serves as Managing Partner for New Troy Strategies, a Washington, DC based strategic communications firm where she oversees all aspects of the firm’s operation, including: business development, client management, finance and overall strategy. Under her leadership, New Troy Strategies has managed highly successful campaigns for clients in a wide range of industries, including: telecommunications, energy, financial services and consumer products. These campaigns have involved ballot initiatives and legislative debates as well as overall issue awareness and management. As Managing Partner, Mary is involved with all aspects of each campaign, including: overall strategy, research, messaging, design, and outreach.

Prior to joining New Troy Strategies, Mary was a partner at Navigators Global where she successfully led and grew the firm’s strategic communications and grassroots practice and was instrumental in launching the firm’s international expansion.

Mary began her career working for Coors Brewing Company. While at Coors, she held multiple communications and public relations positions and managed a wide range of issue areas including: alcohol issues, environmental concerns and diversity. She developed and implemented a campaign to effectively end a multi-year, national boycott of Coors products by the LGBT community and oversaw the company’s groundbreaking and innovative efforts in marketing to that community. Mary also served in a leadership role at AOL where she was Chief of Staff to AOL’s Vice Chairman. During this time, she directed various projects, including developing communications plans, creating marketing plans for various AOL portals, and working with AOL’s privacy taskforce. Her work with the taskforce led her to become AOL’s Vice President of Standards and Practices, where she directed the team responsible for managing issues such as internet privacy, child safety and the use of behavioral targeting in advertising.

Ms. Cheney received her Bachelor of Arts in History from Colorado College and a Master of Business Administration from the Daniels Business School at the University of Denver. In 2014, she was named one of the Politico 50 by Politico Magazine. She has served on numerous non-profit boards of directors and boards of advisors, including: Georgetown University’s Institute of Politics and Public Policy, the Cardiovascular Institute at George Washington University Hospital, and Capital Partners for Education, an organization dedicated to providing low-income students with skills and resources to help them achieve their goals. She is also currently a member of the board of advisors for Interos, a company which is using artificial intelligence and machine learning to provide instant visibility into global supply chains.